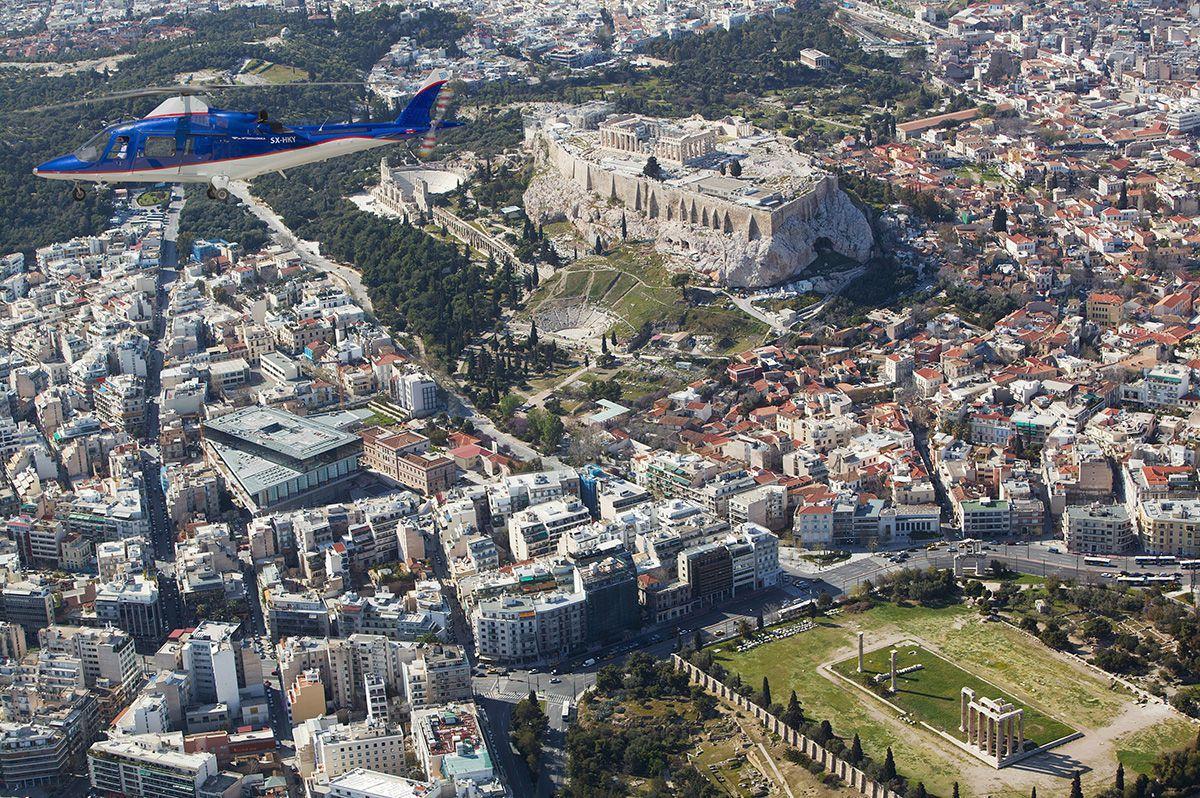 Pick up from E. Venizelos Airport or from your hotel.

We fly you to the dreamed destination or we fly you over Athens City and all the places of interest. The most breathtaking way to enjoy a panoramic sightseeing of Athens! Embark on an amazing trip by helicopter far beyond your imagination and admire the panoramic views of the highlights of Athens and Piraeus. Some of the spectacular views of Athens that you'll see include the Stadium, the Acropolis and Parthenon, the New Olympic Games Stadium, and the Port of Piraeus all of which make this tour worth its weight in gold! Choose between the below suggested routes and enjoy the most unforgettable flight of your life! Don’t forget your camera!